New version with variable move speeds for PCs, NPCs and monsters, and more!

Things have been a bit slower for me in terms of putting out new releases. That's been because of a combination of real life commitments which needed to take priority over game dev work but also because there was some big ticket items which would need a fair bit of time to complete and to properly test. 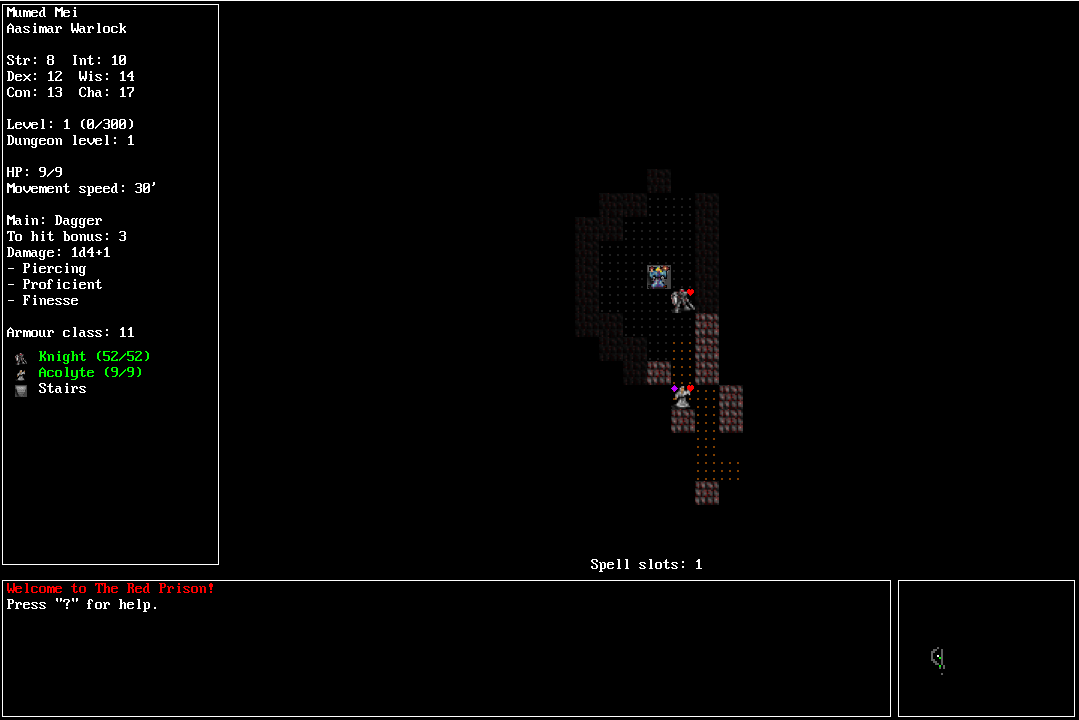 This version is one of those big changes and the game now includes variable movement speeds for all creatures. While that might seem like a relatively small change, it required a lot of behind-the-scenes work to implement a kind of energy system for all entities and to translate that to work with each creature's speed.

The big reason for the change was the intent to rebalance the game more in favour of melee combat and against ranged combat and spellcasters who spam offensive cantrips. I've always worked on the theory that each on-screen tile represented ten feet in terms of distance. That worked quite well in most respects until you think about the normal PC movement speed being 30 feet per turn. Without that aspect of the rules being implemented, spellcasters and ranged combatants effectively got 3 times as many turns to attack while melee fighters slowly approached them. That's all changed now.

It's still a bit experimental because you'll see that when you're actively engaged in combat that other creatures can kinda jump towards you as they move multiple squares at once. That's deliberate and that's part of what I'm monitoring in terms of whether it's actually fun or not. From my own playtesting it feels pretty good, but I'm very open to ideas if someone thinks that movement speeds should be tweaked in any way.

* Fixed bug with opportunity attacks where a creature has died somehow (I think????)

* Implemented constants for time to take actions and movement. Add cooldown variable to all objects to record this. Added method to record this value whenever actions are movements are made.

* Finished implementing variable movement speed system - movement now takes 1/3 as long as other actions as base costs and these can be altered to reflect different speeds for each creature for each types of acts.

* Implemented movement delay of 50% times base value for hidden actors.

* Implemented movement delay of 50% times base for wearing heavy armour without requisite strength (apart from for dwarves).

* Updated movement speeds for all monsters.

* Implemented numpy instead of standard python lists to deal with a number of arrays for map storage to improve speed problems introduced by new speed system... and then removed it because my poor programming actually meant that it was slower!

* Did some tidying up of graphics routines to remove redundancies to improve speed.

* Updated action surge to work with new speed system which is actually a lot simpler than the previous system.

* Removed an anomaly with the sidebar display when the player is affected by only invisible conditions and there shouldn't be any visible sign of this.