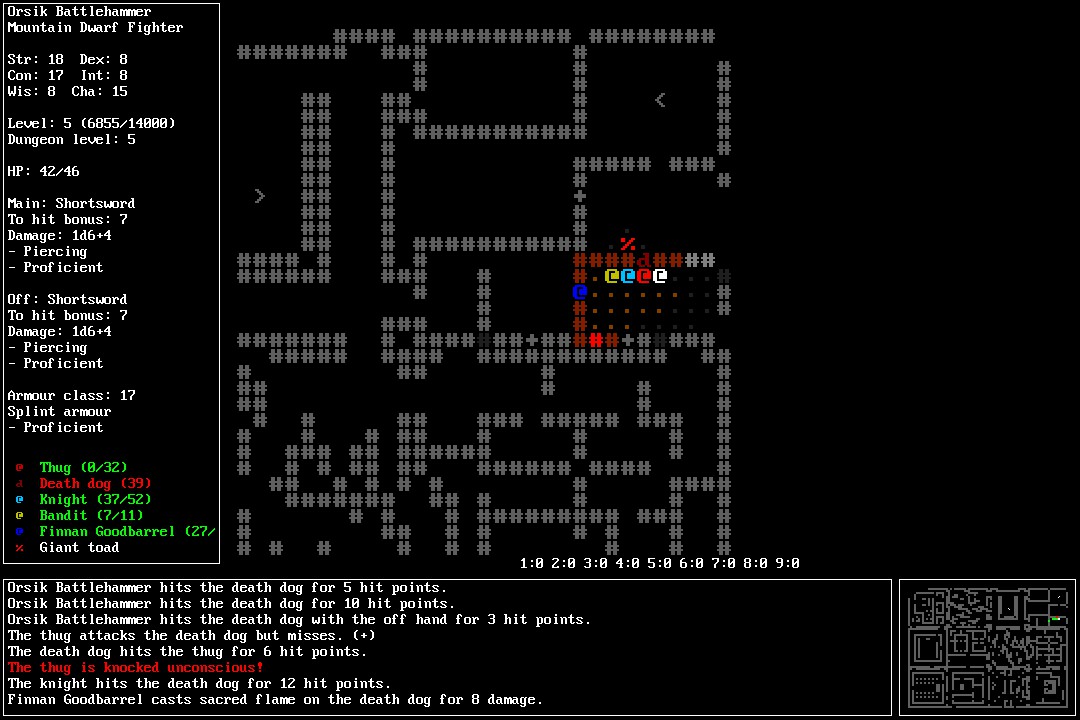 New version has been released with the biggest changes being the introduction of all-new vaults with interactive features. Currently they are limited to pressure plates which open and shut secret doors, but it has the capacity to be expanded to all sorts of effects.

This is the way that I've decided to implement traps - rather than just a simple trap which causes damage without much other interaction, these traps cause the dungeon to shift around the player. Sometimes this will expose the player to unexpected danger, sometimes the player will find themselves having to survive without their allies for a while, or sometimes it'll just make exploration a bit more interesting.

The next biggest change was the implementation of a form of the cunning action trait for rogues. Thanks to some clever user feedback, the idea is to allow rogues to always withdraw from combat with provoking opportunity attacks through the use of this trait. What this means is that rogues don't have to be as careful when it comes to getting into melee range and it synergises really well with sneak attack. Now rogues can explore and scout without fear because they know that they'll be able to drop back without incurring too much damage to their allies where they can really dish out some damage!

Another important change for ease of use is the implementation of another premade character type - the tiefling druid. This will allow for quick starts for druids and will speed up play for those who just want to dive straight into the game.

* Changed the way that the game checked to see if player could see monsters doing certain actions resulting in messages. Hopefully will tidy up some issues to do with this.

* Began reworking field of vision calculations to take into account the necessity for some Effects to block sight.

* Added a non-diggable trait to tiles in special vaults so that set pieces can't be interrupted during mag gen.

* Put in a whole bunch of new special vaults including ones that mirror normal vaults to cause some surprises.

* Fixed a bug with healer pathfinding AI which caused a rare crash.

* Fixed potential bug with dying while in wild shape.

* Implemented an always-on cunning action trait for rogues which allows them the unique class ability to withdraw from combat without drawing opportunity attacks.